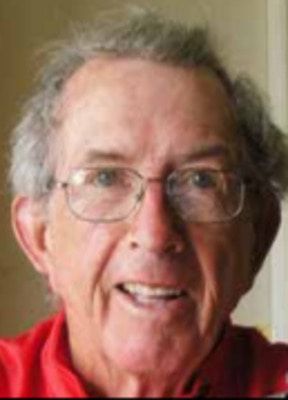 Joe Owens passed away in his sleep at home, having been released from rehab on November 22 following surgery for a broken hip. Ever the scientist, he had made prior arrangements to donate his body to UCLA for research purposes. Joe grew up on a farm near Brookston, TX, and went to school in Roxton, completing the last half of his senior year in Dekalb because his family relocated. He kept in contact with many of his friends from those formative years and enjoyed visiting and trading stories with them. He earned a bachelor’s degree in Electrical Engineering from Texas A&M University in 1960 and entered the doctoral program in EE at the University of Illinois, where he worked as a teaching assistant during the school year and as a summer hire in the EE field in Tullahoma, TN, and Pomona and China Lake in CA. California and Hughes Aircraft beckoned so he dropped out before completion of his doctoral studies (received his MS degree) and moved to the Los Angeles area in 1964. He had met Nancy Elizabeth Joyce, a master’s student in Home Economics—Textiles and Clothing, at the U of I and they married in 1968, settling in Santa Monica. Joe’s entire professional career was spent at Hughes Aircraft in the Solid State Microwave Department of the Radar Systems Group. Joe made significant contributions in the development of radar electronics for many Navy and Air Force aircraft as well as the Space Shuttle. He was awarded several patents and discovered that one of the circuits he had designed was on display when he visited the Smithsonian Air and Space Museum in Washington, D.C. He was noted for his wit and for his efforts to assist younger engineers to be successful in their careers, especially the pioneering women who joined his department. He retired from his position as a Senior Scientist in 1993 when the company had a management buyout so that he would have more time to indulge his many other interests. He was a private pilot in his younger days and always maintained his interest in flying and airplanes. He developed expertise in woodworking and woodturning and taught those skills to other artisans, some of whom still work in his basement woodworking shop. For most of his career, Joe cycled to work, being featured in an article in “Hughes News” when the company was trying to encourage alternative commuting. He also enjoyed mountain biking, hiking, traveling abroad and in the U.S., gardening, reading non-fiction, playing the guitar, and tutoring students in mathematics and English. He could build and repair anything and taught others those skills. For several years he worked as a local election supervisor and developed a regular team of workers, bribing them with his homemade apple and pecan pies. He shared stories of his childhood with the readers of the Roxton Progress and encouraged others to do likewise. He compiled “Jack’s Story,” a collection of documents related to the experiences of his oldest brother in WWII, and sent copies to Paris Junior College and the Library of Congress for their WWII archives, as well as to family members. Recognizing the importance of higher education in their lives, Joe and Nancy established endowed scholarships at Paris Junior College, Texas A&M Commerce (both in honor of his uncle, William A. Owens), Santa Monica College, and California State University, Northridge in the College of Engineering and Computer Science and in the Department of Family and Consumer Sciences (Nancy is a professor emeritus at CSUN). Joe was the youngest of eight children (Jack, Sybil, Kenneth, Alice, Charles, Walter, Alfred, Joe), born to Monroe and Mae Owens. He is survived by his wife, Nancy; his brother, Charles, of Durham, NC; and many nieces, nephews, great-nieces, and great-nephews. Joe was a long-time active member of the First United Methodist Church of Santa Monica. A celebration of life is being planned for the near future when group gatherings are safer. A Zoom alternative will also be available.