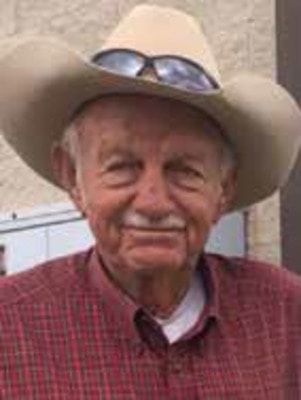 Funeral services for Frank “Gerald” Wishard, 83, of Honey Grove, TX were held June 15, 2021, at the Dial Baptist Church in Dial, Texas. Rev. Bill Potter officiated with the assistance of Rev. Denny Tompkins. Interment followed at the Dial Cemetery. Serving as pallbearers were Ricky Snell, Brad Snell, Steve Thurman, Royce Stogner, Jonny Morris and Mark Reece. Honorary pallbearers were Fred Fore, Sonny Stanley, Lloyd Cunningham, Alvin Fields, Ed Morris, Doug Stroud and Tommy Merrill. Gerald was born October 24, 1937. in the Rockpoint Community near Dial. He was the son of Gerald Cyrus Wishard and Carra Shelton Wishard. Gerald married his wife of 61 years, Peggy in Pottsboro, Texas on August 8, 1959. They were blessed with two sons and spent years farming and ranching and raising a family. First and foremost, Gerald (aka Pops) was a family man who put God first. His wife, boys and grandchildren were extremely important to him. He was baptized April 9, 1948 and was ordained as a Church Deacon on April 13, 1969. Gerald served 52 years in the Dial Baptist Church. Hardworking and God-fearing describes him well. He loved being a farmer/ rancher. Not many would say they loved baling hay, but Gerald did! If anyone needed anything, they could rest assured Gerald was on-call to assist when needed. Gerald is survived by his wife of 61 years, Peggy; a son, James and Clara Wishard of Petty, TX; daughterin- law, Juanita Wishard of Honey Grove, TX and grandchildren: Andrew and Michelle Wishard of Lebanon, TN; Teri and RC Howell of Honey Grove, TX; Joshua and Carly Wishard of Dial, TX; Kimberly and Drew McGill of Petty, TX; Joni and Matthew Naumann of Boonville, MO; and, Brandon and Marian Jones of Telephone, TX. Gerald is also survived by seven great-grandchildren: Autumn Howell, Lillie Howell, Shelby Wishard, Wyatt Wishard, Truett Self, Caroline Naumann and Leandra Jones. He also is survived by a niece, Mary Alice Glover. Gerald was preceded in death by his parents, Frank and Carra Wishard; one son, Kenneth Wishard; a granddaughter, Tamarah Lynn Wishard and one sister, Pauline Avery. Online registration may be made at www. coopersorrells.com

In case one of these ever developed a taste for...