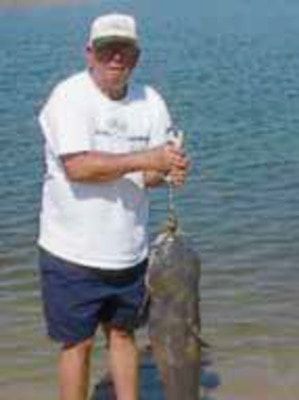 James M Seals passed away on May 12, 2021 at the age of 88. Visitation will be 5 - 7 pm Friday, May 21, 2021 at JE Foust and Son Funeral Home, 523 S Main St. Grapevine, TX 76051 Funeral Services will be held at 10 am Saturday May 22, 2021 at JE Foust and Son Funeral Home, Grapevine with burial to follow at Grapevine Cemetary. James was born in Petty, Texas on June 12, 1932 and grew up and went to school in Roxton, Texas. He married Nelda on July 3, 1957 in Amarillo, Texas. He began his career as a surveyor for the Texas Highway Department and worked for Texas Bitulithic and Eby Construction before retiring in 1995 from Ashland Oil. He was a veteran of the Korea War and served in the Navy aboard the USS Gregory (DD-802) from 1951-1954. He was awarded the National Defense Medal, Korean Service Medal (2 stars), United Nations Service Medal and the China Service Medal. During his retirement years, James loved camping, fishing and spending time with his grandkids and great grandkids. James is preceded in death by his mother Mildred Seals, brother Robert Seals and sisters Billie Bob Laub, Elouise Osborne, Annette Pryor and Norma Kay Seals. James is survived by his wife of 63 years Nelda Seals, children Cindy Scullin and husband John, Lyle Seals and wife Connie, brother Bill Seals and wife Gay, grandchildren Joanie Shields and husband TJ, Cassandra Weaver and husband Cliff, James Seals and wife Camille and Elizabeth Seals, great grandchildren Charlotte “Charlie” Weaver, Logan Weaver, Abe Weaver, Jeremy Seals, Graham Seals and numerous friends and family. Pallbearers will be: TJ Shields, James Seals, Stuart Springer, Kevin Heathman, Warren Albrecht and Terry Mason. Honorary pallbearer is Andrew Quinn. In lieu of flowers, memorials may be made to the following: Rise Adaptive Sports Park Road 4 Grapevine, TX 76501 Metroport Meals on Wheels 428 US 377 Roanoke, TX 76262a

In case one of these ever developed a taste for...