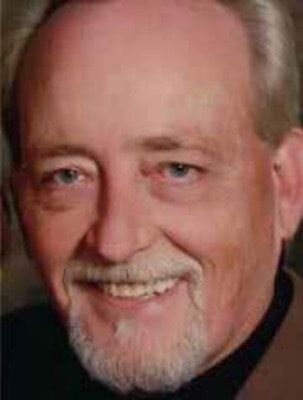 Pastor Edrue (Ed) Wayne Dodd, 69 of Paris, Texas died on Monday, May 10, at his home after a brief illness and his body has been willed to Southwestern Medical School, The Willed Body Program. A Celebration of Life was held at First United Methodist Church on Saturday, May 15, with Rev. Doug Miller and Rev. Rob Spencer conducting the service. Fry-Gibbs Funeral Home directed the service. Ed was born in El Campo, Texas on September 9, 1951 to Wayne Grady and Dorothy Lee Watts Dodd. The family lived in west Texas until Ed was 12 years old and then moved to Johntown, Texas. He graduated Rivercrest High School and then attended East Texas State University. He met the love of his life, Janet Troutt Dodd, while living in Johntown, and 25 years later they reunited and married. Ed was a born salesman and was an insurance agent for many years, but finally in Spring 2002, he answered his true calling to the ministry. It took a few years, but God finally got his attention. Pastor Dodd served the Sulphur Bluff/Tira Churches and Roxton United Methodist Church and Oak Park United Methodist Church. He also served as the Director of the Wesley Center at Paris Junior College for 14 years where he ministered, fed, and formed great relationships with many students. He was also highly active in the North East Texas Emmaus Community, where he made many close friendships as clergy and the Kairos Prison Ministry in Huntsville, Texas. Pastor Dodd was preceded in death by an infant son, Edrue Wayne Dodd Jr., his parents Dorothy and Grady Dodd, and a granddaughter Gracie Dodd. Survivors include his wife, Janet Troutt Dodd of 31 years; his sister Terry Neely and husband Harold of Johntown; his son Chad Dewayne Dodd and wife LeAnn of Colorado; his daughter Shana Pisanich and husband James; and his son by marriage Simon Leslie Weiler and wife Lisa of Austin, Texas. He also leaves three granddaughters Alexis, Emily, Katie; grandson Roland Pisanich; and a grandson Brandon Dodd of Louisville; several nieces and nephews; and a close friend Michael Thomas of Louisville who was like a younger brother. In lieu of flowers the family requests memorials be made to the Wesley Center at Paris Junior College, 1130 24th St. S.E., Paris, Texas 75460 or First United Methodist Church, 322 Lamar Avenue, Paris, Texas. If flowers are sent, they may be delivered to Fry-Gibbs Funeral Home. As Ed willed his body to Southwestern Medical School, there will not be an interment.